Should I Buy a BMW?

Inspired by Vin Diesel and the success of the Fast and Furious movie franchise, I was in the market for a Maserati....until Pope Francis had to burst my bubble! 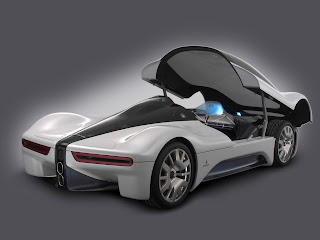 My new car...until Pope Francis had to go and ruin it all!

In the Catholic "blogosphere" Pope Francis has caused yet another stir with his recent discussion about how he is saddened with priests who drive the latest make and model of vehicle.

Some blogs by priests betray a definitive frustration with the Holy Father over the comments, but I wonder if it isn't the old saying that - "Christ came to comfort the afflicted and to afflict the comfortable."

Diocesan priests, it seems to me, don't take the vow of poverty mainly for the sake of saving a lot of hassles.

Pope Francis' comments have raised an important issue for us as priests.  While we do not take a vow of poverty, we are still called to the Gospel simplicity that every Christian is called to.  Therefore, it can certainly be said that I've seen my fair share of ridiculously luxurious cars purchased by priests, as I've seen a lot of other things that are probably over the line of Gospel simplicity, and I think that is what Pope Francis is getting at.

Where's the line????  Well, bad news, there isn't a line...and, contrary to popular opinion, there isn't a line with a lot of the stuff of our Faith.  Don't murder, go to Church on Sunday, fast twice a year, don't use the Lord's name in vain, use sex only its proper context...those are about the only lines in the sand that Catholicism draws.

Other than that I have to fall back on good old prudence - the virtue of being able to make a holy decision by consulting my conscience in a spirit of prayer.

I know priests who are in areas that need 4X4 vehicles.  If I needed 4X4, I'd buy a new car as well, and wouldn't think twice about it.

I wouldn't use my money, ever, to buy a BMW.

Somewhere in between a Chevette and a Mercedes is what the Pope is getting at, and I think he's dead on.  Sometimes it is good to have a Pope rattle our cages and get us thinking about new things.
Posted by Father John Hollowell at 7:19 PM