The Battle of Our Age

A saint that I’ve become personally fascinated by for about the last two years is Sister Lucia.  She was one of the three children who received the visions of Our Lady of Fatima in 1917.  I don’t want to take time to dive down into all the details of the visions and secrets of Fatima, but I encourage you to read up on the matter.

Here, I just want to share two things that Sister Lucia shared about the Church-approved apparitions and visions she received:

1) In the end times, you will have cardinals fighting cardinals and bishops fighting bishops
2) The final battle will be over marriage and the family

Also, with regards to her second statement, we see a battle inside the Church and outside the Church in our own country as well, about what marriage is and it is, seemingly daily, looking more and more like a battle

So, I would like to propose to you something: we are in a war.  In fact, it isn’t my proposal.  We read it in Scripture in the book of Revelation (12:17) – “And the dragon was angry at the woman and declared war against the rest of her children--all who keep God's commandments and maintain their testimony for Jesus.”

Moses said “would that we all the people of the Lord were prophets!”  There is a meeting for all of the prophets in the camp and a couple of people not at the meeting start prophesying too, and they all tell Moses “hey tell them to stop prophesying” and Moses said “are you kidding me, I wish everyone was a prophet.  You can not be a prophet without speaking.  Would anyone know which side you are on by listening to you speak?  Part of being in this battle, part of being a prophet is that you must SPEAK.  And we have a DRASTIC need for people to speak.  “That stuff over there is wrong”  You might not like me, you might be mad at me, but it is wrong.  And that stuff over there is good, and it leads to human flourishing.  SPEAK!

Soldiers deny themselves stuff – they are fighting.  “You have stored up treasure for the last days and You have lived on earth in luxury and pleasure; you have fattened your hearts for the day of slaughter.”  Give what you have to the poor, and give radically.  This will sound like bragging, but I share it to say it has led me to great freedom – I gave away 80% of my pay last year, and it brought me great freedom.  I am here to fight, I am passing through this world to the next.  It is a beautiful world, and it is good, but it is not home, and I have seen it more as my mission (and yours too) to not wallow in luxury but to become soldiers for Christ

A quick comment about celibacy.  Many people have asked in this crisis about why, if it isn’t required by Scripture, why does the Catholic Church ask, as a discipline of its priests, to not marry.  Again, it isn’t dogma, just a discipline.  Some priests are married.  Here I would just share that marriage, to me, is awesome, beautiful, hard, wonderful…and awesome.  The natural part of me would love that.  But my celibacy, then, is giving up something so that I may fight.  Soldiers in earthly wars often deny themselves many things.  In the Scriptures as well, soldiers would deny themselves while fighting.  That is how I think of priestly celibacy and I hope you see it that way.  A sacrifice of something on this side of Heaven so that I can fight for God in a complete and total way through a 100% commitment to my role in God’s army as a priest.

Finally, in the Gospel – we see this war against the demonic, the driving of the Devil back through the power of Christ and we see Christ desires this.  Pope Francis announced, just today, that he desires everyone to pray the rosary every day in the month of October that our Lady may intercede against the Evil one.  The Holy Father said that he also desires everyone to pray the prayer to St. Michael the Archangel for the same intention

J.R.R. Tolkien has a line that I can’t help but feel applies to us today as well as Catholics – he said the board is set, the pieces are now in motion.  At last we come to it.  The great battle of our time.”  Is it the final battle?  Is it just the battle of our time?  I don’t know.

Perhaps you are afraid to fight?  Perhaps you understandably feel a temptation to wash your fear away through a million ways to medicate yourself and numb yourself to what is really important.  Perhaps you are just afraid in general.  I leave you with this quote, then, from St. Catherine of Sienna. “And of what should we be afraid?  Our captain on this battle field is Christ Jesus!”

I invite you to join in

Posted by Father John Hollowell at 9:38 PM No comments:

Posted by Father John Hollowell at 11:35 AM No comments:

Posted by Father John Hollowell at 6:00 AM No comments:

Posted by Father John Hollowell at 11:14 AM No comments:

Clericalism, and My One Encounter with McCarrick

I am a seminarian for the Archdiocese of Indianapolis

My fellow seminarians and I arrived 4 hours early, but the Church was already full.  So they had a huge screen set up in the side yard of the Church where we were directed, and there we waited for about 4 hours with hundreds of other seminarians.


At one point someone pointed to a guy maybe 40 feet away and said "That's Cardinal McCarrick from D.C."  I looked over and there was the really old guy standing there in black pants, a black shirt, with his white roman collar sitting in his breast pocket.  "Just one of the guys" if you will.

Here's why I mention this incident.  In the ongoing discussion about how to address the abuse crisis, a word that keeps popping up in certain circles, including from Pope Francis, is a blaming of "clericalism".  Here's what our Holy Father told Jesuits recently in Ireland:

Here's my point - the LEAST clerical guy that I've ever seen was Cardinal McCarrick. "I don't want to wear my Cardinal outfit, I don't want to have the seat of honor with the other cardinals INSIDE the Church listening to Pope Benedict...heck I don't even want to wear my collar for crying out loud...can't you see how anti-clericalism I am...I even want you to call me UNCLE Ted, not father or cardinal or any of that clericalist mumbo-jumbo"....and he turned out to be a serial sexual predator of the highest degree

I'm not arguing AGAINST talking about "clericalism" as ONE COMPONENT of this crisis, but to assume that it is THE reason is crazy.

The problem is NOT simple, and it has many tentacles and sources.  From my vantage point, some issues that need to be examined

1) Vatican II said priests should live in community.  Most parish priests live alone.
2) Are there healthier ways to set up our seminaries
4) How do we address homosexuality in candidates for the priesthood
5) What are ways to address the clericalist mindset
6) In the West, regular fasting and penance have evaporated.  How might that be rekindled systematically
7) How might the state of the Liturgy today contribute to clericalism and other issues
8) Are punishments/reactions to those who do abuse too lax

From what I've seen, it isn't JUST clericalism.
Posted by Father John Hollowell at 6:34 AM 1 comment: 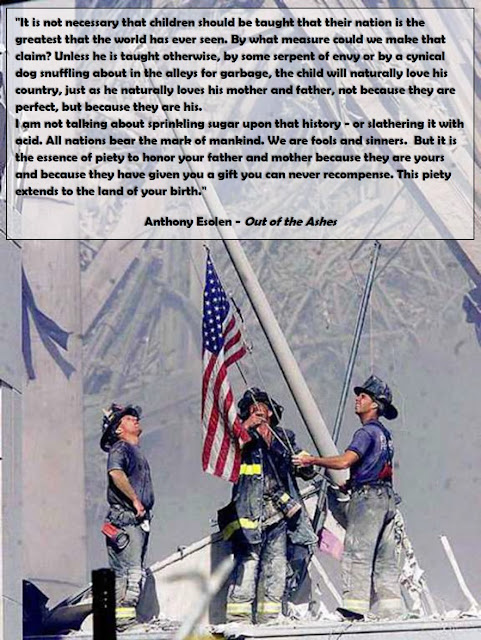 Posted by Father John Hollowell at 12:06 PM No comments:

A half-time speech for struggling Catholics


I incorrectly said that the first reading was Paul to the Corinthians when it was actually from the Prophet Isaiah
Posted by Father John Hollowell at 9:11 PM No comments:

"The Silver Chalice" by Thomas Costain


Here's an excerpt that seems appropriate to our own day!

(Adam Ben Asher): "I am disappointed in you, Luke the Physician.  I prefer you as you were before you wrapped yourself up in the toga of prophecy."

(Luke):  "Must I tell you again that I am not a prophet?  I am an old man who sees that things are going wrong in the world.  I have always thought that the truths of Jesus could be taught best by spreading the doctrine of charity and pity.  Now my heart is cold because I am beginning to see that the seed must be planted in the soil of tragedy.  Only if watered by the blood of martyrdom can the tree grow to greatness."

He sighed and spread out his hands in a gesture of disillusionment.

(Luke): "The habits of men cannot be changed easily.  It seems that the human mind can't be reached by kindness alone.  Man understands violence better.  Perhaps the Church of Jesus will gain strength from the flames of Jerusalem."

Posted by Father John Hollowell at 2:58 PM No comments:

In 2010 I hated social media and blogs and Youtube.  I was a brand new priest.  And Pope Benedict asked priests to use it all.


I bought a $400 camera/microphone combo


By just recording the things I WAS ALREADY DOING (classes/homilies/talks), I've been able to reach


AND I'M NOT EVEN THAT GOOD


People will argue that It takes a lot of time.  My response: it absolutely does not.  You can log in, check messages, post, and walk away.  I doubt I spend an hour a day on this stuff.


In posting this people might say "wow, you know all your statistics, you probably sit around your office counting up your views."  I actually don't care, I had to look them up specifically for this post.

This crisis calls for direct shepherding and social media is free and allows you to reach BILLIONS of people.  FOR FREE!


I beg you - get in the fray and preach to people where they are at.


Posted by Father John Hollowell at 7:22 AM No comments:

Just Being Culturally Catholic is Worthless

Posted by Father John Hollowell at 7:53 PM No comments: