What Catholics Get Wrong About Marriage

Posted by Father John Hollowell at 3:25 PM No comments:

Would you take two minutes to watch this news clip from 1999 and then ask yourself "What if we could help all 3,500,000 coaches in the US to talk like that...

At the end, you should be able to click on the picture of coach and donate, or click HERE and donate to this awesome effort

Why We Get DESTROYED in the Culture Wars

When I first started raising money to try to make "The Third Way" 7 years ago, John-Andrew O'Rourke, owner of Blackstone Films and my partner in the whole crazy ride that was the project, showed me something very early on in the fundraising process.


He showed me a "Go Fund Me" page where a bunch of 30 something year old guys, who were particularly devoted to some completely obscure video game (we'll call it "Alpha Quadrant Gamma") were trying to raise funds to have someone make a documentary on "Alpha Quadrant Gamma".  I know all the cool video games...and this one wasn't one of them.


These guys were playing a video game in their mom's basements for 18 hours a day and got people to fork over a HALF MILLION from a very select group of people interested in this particular obscure game.


Those who are part of the "Culture of Life" are getting SLAUGHTERED in the culture war because while the culture of death is supporting stuff that is either inane or outright evil, many who profess Christ support nothing that tries to make our case to the world.  ZERO.


Catholics give 1% to the Church, on average, and to get people to support (and I don't mean buying girl scout cookies or doing the token donation to some project) and really get behind Catholic projects and ministries that are trying to make the case to the world is virtually impossible.

I had to jump up and down for months, call everyone I know, beg, email, etc. for 6 weeks to raise $80,000 so that I could do something that would use up my day off for two years...while in the secular world, people donate tens and hundreds of thousands to documentaries on donuts and video games...let alone the billions that are poured in to more culturally-destructive Hollywood and TV projects.


"The Third Way" has been viewed over 500,000 times around the world, so it certainly has had an impact, and I'm thankful for that.  But how many other good ideas are out there that people are just sitting on?  How many worthy projects and stories are dying because they aren't supported by people?


When we started raising funds for the "The Third Way" people said "WOW THAT'S A LOT OF MONEY!"


So for every 16 cents donated, it paid for one viewing of the third way (and some of those viewings have been entire classes or gymnasiums at once...so the real math would probably break down to less than 1 cent per viewing of "The Third Way")

If I sound frustrated, it is because I'm in the midst of another project.  In the US there are 3.5 million coaches coaching 45 million young people this year.  Ask any priest and they'll tell you - families aren't coming to Church anymore because they're all playing sports on Sunday.  So what are we doing about that?

When I was in high school, I had a TRANSFORMATIVE coach who was both wildly successful and who also used coaching to challenge us to become good fathers, sacrificial husbands, to tell our parents that we loved them, to become men of sacrifice, to treat women with dignity and respect, etc. etc.

I know for a fact that his story can be told in a powerful and clear way to try to get coaches to reach their young people and inspire them to become good, holy, virtuous people...it is one of the last ways we can reach kids today.

This project SHOULD BE a no-brainer: pass the hat around...some guys throw in a hundred, some guys throw in 20 bucks...a few people that haven't met coach but agree we need to reach coaches with a great story throw in a few bucks, and there we have it.  Goal achieved.

I know many of the 600 guys who were coached by Bruce Scifres were equally impacted by him, and many recognize he could have coached for twice as much money at a public school, and most know that Coach is so excited about the possibility of this documentary coming together.  But only 20 former players have donated.

And that's why we get slaughtered in the culture wars.  We are blessed to witness great things but instead of supporting powerful story telling, instead of looking to support art, instead of getting the word out to others about the amazing things we've been able to witness, we sit on the Good News, content to let the godless tell their video game stories.
Posted by Father John Hollowell at 10:15 PM No comments:

3.15 million youth coaches have little or no training

That is a shocking number.  THREE AND A HALF MILLION youth coaches in the United States.


This article (click here to read) says that NINETY PERCENT have little or no training.


That means 3.15 million of our 3.5 million youth coaches have basically no training in coaching.

If 3.15 MILLION coaches have no training on the sport they're coaching, I have to believe the number that have been shown how to use coaching to help people become saints is even WORSE.

This project of mine (click here to visit the donation page) is an attempt to put something together to address this crisis and help show coaches how they too can use coaching to form people for life.


If you can help me raise the funds, I will be partnering with Spirit Juice studios to put together a 10-12 minute VERY POWERFUL, VERY INSPIRING video using one coach's story to show other coaches that they can easily do the same thing!


Again, if you want to donate to make this happen, please click HERE.

Thank you!
Posted by Father John Hollowell at 4:39 PM No comments:

This project is something people all across the country will benefit and find very helpful as we try to reach out and impact the 3.5 million coaches coaching across the country. Help is much appreciated!
Posted by Father John Hollowell at 9:54 AM No comments:


Thanks for any help!
Posted by Father John Hollowell at 9:18 AM No comments:

HELP!
In conjunction with Spirit Juice Studios, I am hoping to produce an 8-12 minute mini-documentary titled "Bruce Scifres: Coaching for Christ"

a) I'm donating the first $1,000
b) I'm obviously not making money on this (in case that needed stated)
c) Think about how many young people today are connected to sports - and how many coaches could be coaching our young people in transformative ways if they just saw and heard that it was possible!

I had such a coach when I played football, and I believe strongly that the word getting out about HOW he coached will strongly impact our communities.

Coach won SEVEN state championships, but all throughout his 27 years he preached constantly about
1) loving our parents
2) being men of prayer
3) being good fathers
4) being great husbands
and many other similar virtues

Think about how many coaches are out there coaching our young men and women right now, and then imagine if they all began to realize that through coaching, they could call young people to holiness!

Again, you can donate by clicking here
Posted by Father John Hollowell at 8:59 PM No comments: 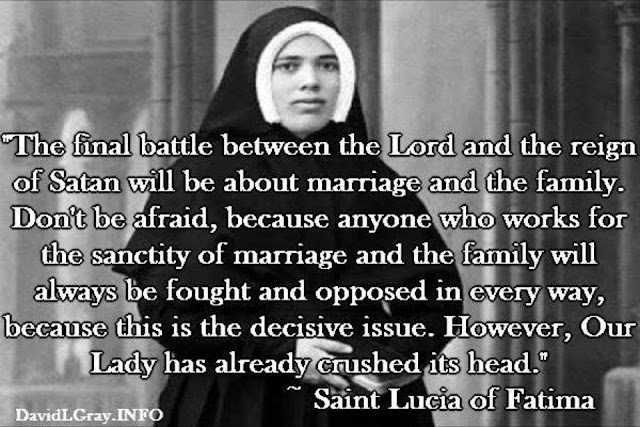