So a documentary of sorts has gone mega-viral about a Ugandan dictator named Joseph Kony. I first heard of Kony in 2004 when some girls I had taught first brought the documentary "Invisible Children" to Bishop Chatard High School. The girls got a front page article in the Criterion and did a great job of helping to spread the word about Kony and the "Invisible Children" child soldiers that he kidnapped, tortured mentally and physically, and then made into soldiers for his army.

Now Kony is on the run, down to a few hundred soldiers, and the filmmakers are back (with lots of celebrity power this time) seeking to bring an end to Kony and bring him to justice.

I once heard a talk by Dr. Scott Hahn, and he was really challenging a group of pro-life orthodox "hard core" Catholics. Dr. Hahn noted that it is really easy for people to fight hard against sins which are not a challenge for them to commit. It is important to note that Dr. Hahn is one of the most pro-life Catholics on the planet - his challenge to people was "are you railing against issues that aren't difficult for you not to commit, while failing to look in yourself?" Dr. Hahn is obviously not saying "stop speaking out on pro-life issues" but is saying "WHILE fighting evil external to yourself, don't look past your own issues."

I wonder if some of what is fueling this "Kony 2012" movement (80 MILLION VIEWS IN 2 DAYS) is the fact that this cause also provides Americans an opportunity to fight against something that is really easy to rally against while also allowing Americans to look past the problems that we REALLY can have a GIGANTIC impact on in our own country.

In the mega-viral video "Kony 2012", a republican congressman and a democratic congresswoman note the following two things about Kony:

"These young members of the Invisible Children Organization know that no child should live in fear of being abducted or killed."

"Of all the problems that are out there, none is more severe than one that mutilates and takes the lives of little kids."

My question is this: does that only happen in Uganda? Does the mutilation of children only take place half way around the globe? Kony abducted a horribly tragic 30,000 children and wreaked havoc for many years in Uganda, and I am in no way dismissing the need to bring him to justice. I just also wonder if some of this passion for "Kony 2012" is to provide us a straw man to whack at so we don't have to confront that our own country kills that many young people a week. 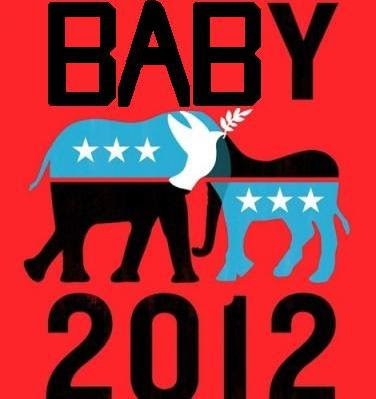 Posted by Father John Hollowell at 8:41 AM