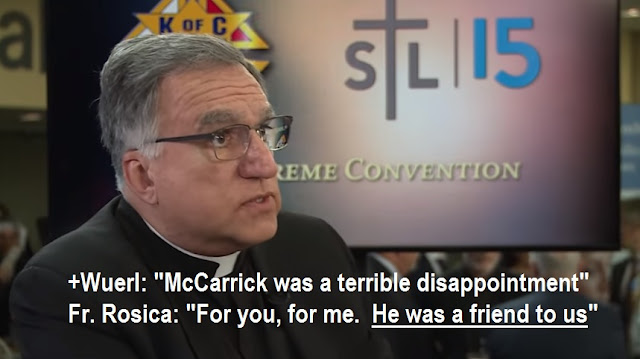 The tone-deafness in which you would say sexual assault was a "DISAPPOINTMENT"???

Fr. Rosica acting like the big harm here is that his friend was a molester???  How about saying the thing that is terrible here is the fact that PEOPLE WERE SEXUALLY ASSAULTED

Wuerl also says, in this same interview, "I don't think this is a massive scandal".  He later apologized but wow.  Just wow.