As I look around at what is going on in our country, I've felt, over the past few years, that I need to become more educated about what was going on in Rome in the years leading up to its utter collapse.  I know enough history to know that it collapsed from the inside, and I've heard and read enough references to know that there was a serious cultural decay in Rome prior to its disappearance as a civilization. 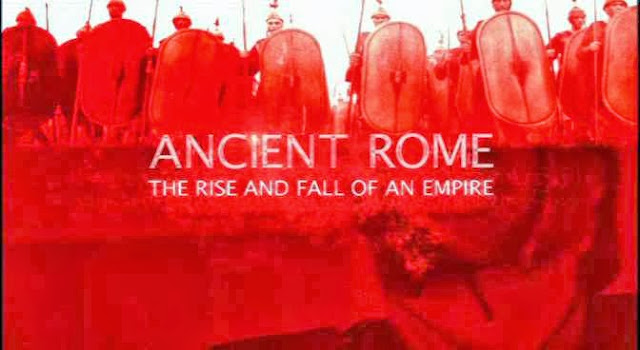 My brother Tony passed this quote on to me when he heard about the dust-up on this blog concerning "overpopulation."  It looks like the Romans were tiring of children just as our society is today.

From a book titled "Ancient Rome" by Thomas Martin, my brother sent me this quote, which I think is fascinating:

“Wealthy people had increasingly come to prefer spending money on such luxuries instead of on raising families. Feeling that the expense and trouble of having children threatened its high standard of living, the elite failed to reproduce itself sufficiently. Children became so rare among the social class that Augustus passed laws designed to strengthen marriages and encourage more births by granting special legal privileges to the parents of three or more children. He made adultery a criminal offense as another attempt to protect marriage. So seriously did Augustus support these reforms that he exiled his own daughter – his only child – and a granddaughter for the extramarital sex scandals.  His legislation had little effect, however, and the prestigious old families withered away under the Empire. Demographic research suggests that three quarters of the families of Senatorial status died out in every generation. People from below the Senatorial class who won the emperors’ favor continuously took their places in the social hierarchy.”

This quote made me think of a story I heard on NPR a few years ago where Singapore, where, for many decades, the laws forced population control and limited the births of children so the country wouldn't "run out of room" has recently passed laws that PAY PEOPLE TO GO ON DATES in an attempt to get people to have children again as a collapse appears imminent in their social structure due to years of not having children.

God: please save us from ourselves.  Help us some day to eventually trust in you and your plan!

Posted by Father John Hollowell at 11:08 AM