Amidst Colorado Floods - On This Rock

A special thanks to Fr. Tom Schliessman for finding this news story.  This is a news piece about a Catholic chapel that Fr. Tom and I have been to many Masses at as part of my Dad's annual Summer trip taking young people into God's wilderness.

The chapel on the rock was visited by Pope John Paul II in 1993 when he was in the area for world youth day, and, based on the quote of his that has been turned into a plaque in the chapel, it was a very impactful visit for the late Holy Father as well. 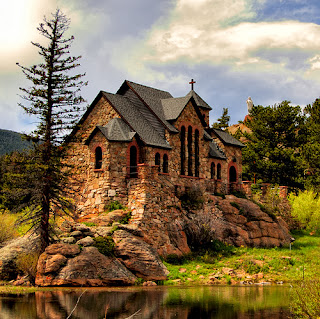 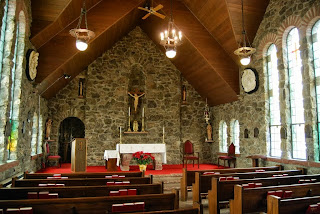 Amidst the flooding that has ravaged Colorado, there was a gigantic mudslide that came tearing down Mt. Meeker, but the chapel was untouched.

Here is the cool story:


“Everyone who listens to these words of mine and acts on them will be like a wise man who built his house on rock.  The rain fell, the floods came, and the winds blew and buffeted the house.  But it did not collapse; it had been set solidly on rock."


Posted by Father John Hollowell at 10:52 AM