Why You Need to be Reading Sigrid Undset

Three years ago, I was doing a blog post on Catholic fiction, and I did an internet search for "Top Catholic Novels" just to see where my recommendations ranked on other people's lists, and also to see if I had forgotten any Catholic novels that I had read.

To my surprise, at the top of several lists was an author I had NEVER even heard of...Sigrid Undset.  Number one on many people's "Top Catholic Novels" was Undset's novel "Kristin Lavransdatter".


I went out and purchased Undset's two most recommended novels - "Kristin Lavransdatter" and "The Master of Hestviken".


Reading these two works over the past two years, I now see why she is so cherished by so many!


Undset was born in 1882 and spent most of her life in Norway.  Both of her parents were staunch atheists, but, as a young divorced mother of three, she converted to Catholicism and was brought into the Church in 1924. 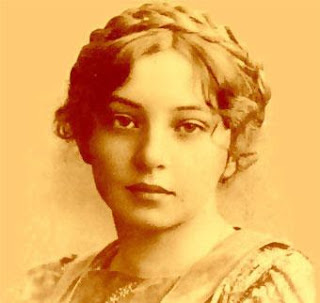 In 1928 she received the Nobel Prize for Literature, primarily for her novels "Kristin Lavransdatter" and "The Master of Hestviken".  Both are set in Norway during the Middle Ages when the country was Catholic but still figuring out what that meant.  Both novels have had broad appeal over the last 100 years.  Both novels are thought to have inspired Tolkien, as Undset's novels convey beautiful and mystical descriptions of the places the characters inhabit (the farms, rivers, woods, barns, homes, mountains, the various seasons of the year, etc.).


After converting to Catholicism, Undset was happy to defend the Catholic Church every time the opportunity arose, and the opportunities arose often because Norway in Undset's time (as now) has an incredibly small Catholic population.


In addition to the novels, I would like to here share some excerpts from her work "Stages on the Road" particularly a cordial letter that she wrote to her parish priest after he had asked her for her thoughts on marriage.

Her letter is AMAZING, and it is just as relevant today.


Here are some notable quotes:

"The nations have lived on the aftereffects of this medieval conviction of the self-evident character of Christian truth, long after the roots of the faith have been severed, one by one.  Ideas, whose only origin is one or other of the Catholic dogmas, were still regarded as obviously true, long after the dogma on which they rested has been forgotten or contested or rejected - because the acceptance of the Catholic doctrine in the past had left such deep traces in tradition and habits of thought that ordinary people assumed it to be "natural" to think thus."

"One of these traditions, which is based wholly and solely on a Catholic dogma, is lifelong, monogamous marriage."

"We were faced with the historical fact that all the founders of Protestant sects had agreed in throwing this dogma overboard.  They had all accepted the view that in certain circumstances marriage may be dissolved and that divorced persons may marry again, even during the lifetime of their former partner...until the point was reached in our young days when all the various grounds of divorce were comprised in a single, fundamental pretext: it is sufficient ground for divorce if one of the parties desires it."

"As everyone knows, economic conditions are such that the natural family has little material encouragement to keep together...in many cases nothing less than heroism is required if a husband and wife really desire to live together as a good Christian couple.  It calls for a self-discipline, a habit of self-conquest, which normally is not acquired without much prayer and a diligent use of the Sacraments, it two modern people are to continue fond of each other...very few people would be able to endure each other if they were not bound together to serve some ideal which is so great as to make them both seem equally insignificant when measured against it...Nothing but this belief can just the Catholic idea of marriage.  No other belief can give the people of our day courage to live according to nature and accept the children that God gives them, except this - the belief that every child has a soul which is worth more than the whole visible, created world."

"But one must limit the number of children according to one's means: no more than one can give a good start in life to!"  So they shake their heads at the Catholic mother - "Good gracious, another?  Well some people have no sense of responsibility!"  And the Catholic mother knows that every child she has is worth more than all the stars in the heavens, though at times she is near fainting under the shower of stars.  It keeps her tied within the walls of her home - and it may seem tempting when she sees other mothers who have their well-paid work outside the home and can afford competent help, so that their houses and children look better cared for than her own.  While the father is prematurely worn and middle-aged in his struggle to provide the greedy little stars with their bread and margarine."

"Christ has promised His Church that the gates of Hell shall not prevail against it.  We believe that the Church of Christ will subsist on earth as long as human life stirs on this globe.  But it is nowhere promised us that our continent and the nations with which we are related shall continue to belong to the Church of Christ through all the ages.  The Church militant on earth may be reduced to a handful of adherents, not many more than would fill an arena or a local jail.  The Christians of Europe may be reduced to a little band with no power to influence social development"


"Protestants sects...in the question of marriage and family life, have capitulated to the pagan views.  In this matter, as in so many others, they have "moved with the times"; that is, they have caught hold of the tail of the garment of "evolution" and held on to it, allowing themselves to be pulled along, while imagining they held the reins."


In conclusion, I think Sigrid Undset would be deeply saddened to realize that many of the same things can now be said of Catholics.