Who Wants to go to the Holy Land??? 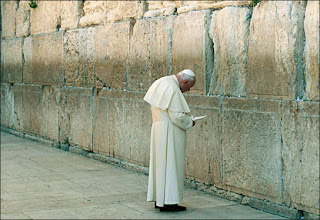 Mass at the tomb of Christ?  The Stations of the Cross where they actually happened?

In February I will be the chaplain for a pilgrimage to the Holy Land, and I'm really excited about the opportunity! I've never been, but I've heard from lots of different people that the Holy Land is a life-altering trip.

The trip takes place February 11th through the 21st.

If you are interested at all in going on this pilgrimage, the brochure can be viewed by clicking here


If you would like to fill out a registration form to save your place, you can download the form by clicking here.

I'd love to travel with some of you who I've gotten to know electronically through the blogosphere but haven't been able to meet in person.

Here's some shots from Fr. Barron's Catholicism from the Holy Land:


Israel Trailer from Word on Fire on Vimeo. 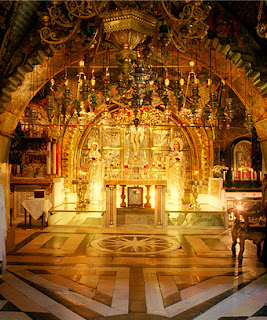 Trinity Sunday: the Celebration of a Theological Concept?

Only got the audio this week.
Posted by Father John Hollowell at 7:42 AM No comments:

Is This Nun a Naive Kool-Aid Drinker, or Has She Found Something?

Posted by Father John Hollowell at 10:52 AM 5 comments:

A Reflection on the Priesthood


(NOTE: For the Council of Priests for the Archdiocese of Indianapolis, I was asked to offer a reflection on Pope Francis' Holy Thursday homily on the priesthood.  You can read the Pope's homily here.  I highly recommend reading his homily as it is EXTREMELY powerful.  What follows is the reflection I submitted.)

Henri Nouwen, in the Wounded Healer, talks about “nuclear man” a man formed in the era of nuclear tensions, and the impact that the climate of imminent nuclear destruction had on the formation of lots of people from that era.

I, and I believe other priests my age, have been profoundly shaped and impacted by something as big, if not bigger, than the threat of nuclear war – namely the priest sexual abuse crisis.

In 2001, as I was telling my friends and family that I was going to be entering the seminary soon, news was breaking across the country about priests abusing children.  I was asked not a few times, in ways that people felt were funny, “so you’re gonna be a priest – are you going to abuse kids?”

I say this to say that throughout the seminary, myself and other guys I chatted with wondered “will celibacy make us psychos?”  “Will the priesthood make us nuts?”  In the seminary, we were presented with a wealth of sociological data on priests – porn, loneliness, addiction, narcissism, etc. and I’m glad for all of the info, but it also had a profound effect on me, that being that I often wondered: “will the priesthood crush me?”  Added to this fear were the comments of people suggesting that if I celebrated Mass according to the GIRM, wore a cassock, or preached on contraception that I would be strung up and run out of town.

I say all of this because when I was ordained, I was excited, but I was also scared out of my mind and wondered if I’d make it.  I think a lot of guys my age wonder the same thing – will I become lonely, will I be an alcoholic, will I have 15 parishes?  will I gain 100 pounds, will I be messed up sexually?

I began my priesthood with excitement and zeal, but alongside it was a strong sense of uncertainty and fear about who I would be as a priest.  Here a special word of thanks to a few who are here on the council for checking in regularly – Fr. Giannini, Fr. Meyer, Fr.  Jenkins, and my first pastor, Fr. Joe Feltz – who gave me the space and the trust to figure out who I was as a priest, and didn’t see the need to tear me down and remake me into his own image and likeness.

Even as I finally started to settle in and gain some confidence as a high school teacher and chaplain, the Devil would often suggest that high school chaplaincy was easy – and that the real test would come when I was in charge of a parish, something that he suggested I would fail miserably at, and something I was tempted to believe.

What does this have to do with Pope Francis’ homily?  I use Twitter to get a lot of my news, and so every morning I get a 20 word summary of Pope Francis’ homilies.  I still remember, very vividly, getting the summary on Holy Thursday morning where it said “Pope Francis says priests should put skin in the game”  Those words have continued to echo in my soul for months after, and so I was thrilled to be asked to reflect on them.

When I played football in high school, one time I was tackled and had a chunk of my arm ripped off.  It took a lot of stitches, but the consoling sympathy from the cheerleaders over the next month was well worth it!  The reason I mention this is that there is a difference between having skin taken from you, and putting skin in the game.   And the difference between the two is immense.

My first three years in a high school and as an associate pastor were crazy hectic, but it was almost always a result of biting off more than I could chew, not knowing how to manage my time well, etc.  I was as busy as I’d ever been, but a lot of it was life taking skin from me, and not me putting skin in the game.

And so the reason Pope Francis’ words had such a tremendous impact on me, and the reason they popped into my mind as soon as I woke up each morning for at least a month AFTER Holy Thursday was because throughout Lent of this year I was recognizing that it was time to move out of the cocoon of my early priesthood.  Throughout Lent I had come to realize that I had an identity as a priest, I was finally getting comfortable in my role; Lent was a slow recognition that it was time to not just “have the game take a lot of skin from me” but to instead look for exactly what the Pope was preaching about – namely the need to LOOK for ways to put skin into the game.

In one year as an administrator I’ve realized it is easy to limit one’s view of the priesthood to the skin that is taken from us from the outside, to simply react to things that come down the pike, and that to go looking for ways to put skin in the game takes effort, vulnerability, and the breaking of comfortable routines, even if those routines are busy and hectic.

M Night Shymalan’s movie Unbreakable had a pivotal role in my calling to the priesthood.  When the main character in the film realizes he has been given the power to help people, he asks his mentor “What do I do now?”  His mentor responds: “go to where people are…you won’t have to wait very long.”  Isn’t that what Pope Francis is telling us?  Go to the margins…and empower your people to go to the margins as well?

I think what Pope Francis was saying is that we can’t be priests who simply define our priesthood by the skin that the game takes from us, that we can’t be grains of wheat that remain on the stalk congratulating ourselves on the buffets and difficulties offered by the wind and the rain.  Rather, I hear the Holy Father saying we must be people who look for ways to put our own skin in the game, voluntarily, so that we might be the grain that falls to the ground and dies and bears much fruit.

I am excited, and again scared, by the prospect of stepping out and asking God to show me when and how and where to put my own skin on the line, intentionally, as His Son did.
Posted by Father John Hollowell at 9:35 AM 3 comments:

The Difference Between Gosnell and Planned Parenthood... 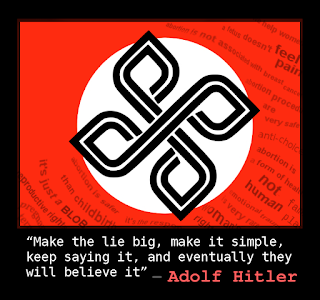 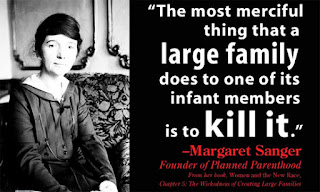 A Presentation Every Teen Should See

Art and the Liturgy in 2 Minutes

Was the Murdering Psychopath Kermit Gosnell a Product of the Pro-Life Movement?

So most of you are aware by now that Kermit Gosnell, the man who was accused of killing countless children after they were born in the most horrendous ways was convicted yesterday on three counts of murder (Or, as some news outlets phrased it "killing fetuses"...sigh...deliver us Lord from all evil)

NARAL, a collection of washed up sixties protestors clinging to the notion that a woman is more free if she can have her child chopped up in her womb, issued a statement yesterday saying that the Gosnell murders were the fault of the pro-life movement making abortion harder to get.

As a follower of NARAL and Planned Parenthood (the Axis of Evil) on Twitter, they ACTIVELY FIGHT every attempt to somehow regulate the abortion industry and make it safer.  They tweet out screams for their followers to either a) contact their congressman and fight the proposed bill of the day or b) get prepared to live in the 1800's again.


The Axis of Evil makes EVERY law that is proposed sound as if it will be an attack on women and will prevent them from being truly liberated.

On the flip side, the pro-life movement has been pushing for restricting and regulating the abortion industry, and such regulations would have made the Gosnell atrocities much less likely.  However, as it currently stands, the abortion industry is one of the least regulated industries in our country.  You should expect more regulatory hurdles to maintain a lemonade stand in the USA than you should expect if you hope to chop up children in mothers' wombs.


The other reason NARAL's comments yesterday betray the insanity and lunacy to which they have fallen is that no REASONABLE person would read the accounts of how Gosnell tortured and murdered children born alive and say, "if only abortion were more accessible, this wouldn't happen."  Gosnell was a psychopath, and his crimes had NOTHING to do with the fact that abortion "is not available enough."

NARAL is on the run, and the dinosaurs who run NARAL know that no young people are coming forward to join their washed up cause, and as someone who considers NARAL the demonic made flesh, I personally enjoy seeing statements like the one they made yesterday because it demonstrates, for all the world to see, their house divided against itself crashing in on itself and burning to the ground amidst a see of insanity and madness.
Posted by Father John Hollowell at 10:48 AM 5 comments: 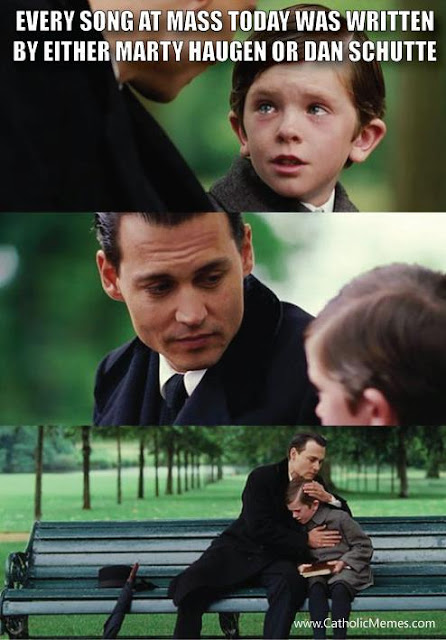 Posted by Father John Hollowell at 7:40 AM 4 comments:

On Staring at the Sky, Fr. Scott Carroll, and the Power of One Day

The Holy Spirit Taught the Apostles EVERYthing!

Posted by Father John Hollowell at 6:29 AM No comments:

My New Zealand Talk on the New Evangelization