Posted by Father John Hollowell at 2:31 PM No comments:

Support Each other and Be Supported

Posted by Father John Hollowell at 10:36 AM No comments:

AWESOME video celebrating one of my parishes' 150th anniversary

Posted by Father John Hollowell at 10:05 AM No comments:

"It's all political at that parish!"

"I don't get involved at my parish because it is all political" is the mantra of the person who:

There are a lot of ways to become an active Catholic outside one's parish, but if you avoid the parish structure because it is "too political" that's just crazy - of course it is political - politics in that sense of the word means "what happens when you get people together in the same room to work on things."

If you want to see something happen, you have always had to be able to persuade people that it is the way to go forward.  People who hate that fact are usually people who don't have the desire to put in the work to try to persuade people that their way is the best.  They are people who typically just want to come in and have everyone listen to them and recognize the brilliance of their ideas and their desired direction for something, and are shocked when people don't instantly recognize their brilliance.


The things going on at a Catholic parish are always going to be "political" and the Catholic Church will always have a "political" element to it on this side of heaven - if you don't like that, my advice is to quit whining, get involved, and be the change you want to see happen at your parish.
Posted by Father John Hollowell at 11:51 AM No comments:

A Cloud of Witnesses and Home Field Advantage

Posted by Father John Hollowell at 3:33 PM No comments:

Babies with birth defects are "tragedies" and "expensive"?

They are according to Planned Parenthood.

Utilitarianism at its most pure and inhumane 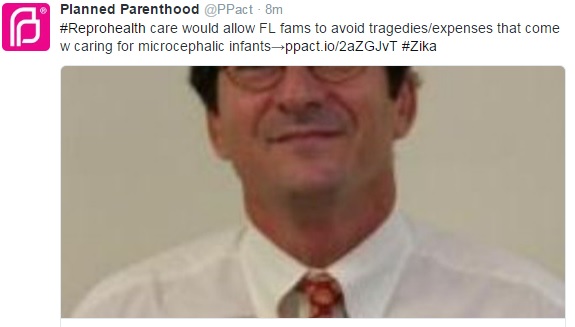 Posted by Father John Hollowell at 3:37 PM No comments:

Father Donald Calloway, MIC, has done the Church yet another tremendous service in writing a wonderful book on the rosary.

Father Calloway's book is titled "Champions of the Rosary: the History and Heroes of a Spiritual Weapon"

The title alone should get people jacked up!


I have a strong devotion to the Blessed Mother, but I think many people today struggle to find a solid explanation for Marian intercession in general, and the rosary in particular.


Father Calloway's book contains several different elements, all of which I found to be extremely unique and helpful.

Starting from the back (for some reason I always start looking at books from the end) I first came across an AWESOME appendix - "The Rosary in Art".  What a great idea to highlight for people all the different places that the rosary shows up throughout Western Art.  Seeing all these wonderful images collected in one place forces the unbeliever to confront the fact that for a TON of people throughout history, a devotion to the rosary has been a real thing.

Now jumping to the beginning, the first part of the book is chaptered by century as Father Calloway walks the readers through the historical development of the devotion.  As Cardinal Newman says, the further one immerses themselves in history, the more they cease to become Protestant.  As with the art appendix, when one is confronted with all the evidence of the development of the rosary, it becomes clear that this isn't just a devotion someone invented a few years ago.

The second part of the book is devoted to the saints who have championed the rosary through the centuries.  Art is compelling.  History is compelling, but even more compelling is hearing from individuals and seeing Marian devotion lived out in the lives of saints.  The saints have always provided us something to shoot for, and Father highlights many of the spiritual heroes of the Church who had the rosary at the very heart of their lives.

Finally, Father Calloway concludes the book with a third section - a how to for those interested in picking up the rosary as a devotion.  Art is compelling, history is compelling, the lives of saints are compelling, but MOST compelling for us to day is lived experience, and so the best encouragement and advice that most priests give today to people asking about the rosary is "why don't you give it a try for a while, and see if it changes you."  This concluding section of the book is becoming more and more important as well because so many are not exactly sure how to pray the rosary, as seemingly fewer and fewer young people grow up with the devotion in their childhood.

I highly recommend this book for anyone, Catholic or non-Catholic, who wants to know more about why us crazy Catholics pray the rosary.  I'm thankful that Father Calloway undertook this most important project, and I pray that many people will read this book, and then buy copies for their friends and loved ones as well!
Posted by Father John Hollowell at 10:59 PM No comments:

"Where I am, there also will my servant be" - Jesus Christ


People ask, all the time, "where is Jesus?"


It isn't a big mystery, though.  Jesus, His Church, and His saints have all been in lockstep on this question - Jesus is present most intensely in the poor and in the Eucharist


Although Christ says He is to be found in the poor and in the Eucharist (or perhaps because He says so) people avoid spending time with the poor like they are avoiding the plague, and they avoid spending time in silence in the presence of the Eucharist like they can't spare 5 minutes (unless, of course, it is time to binge watch a show, then magically a person is able to find 4 free hours a day)


So often when we encounter the poor - perhaps someone approaches and asks for help - we freak out and in our mind we say "Oh crap...a poor person...I didn't budget time for this...how quickly can I get rid of this person...how quickly can I pass them off to someone else?"


There are people who are more comfortable working with the poor than you (social workers, the Sisters of Charity, etc), but Christ's words and the instruction of the saints are clear - YOU NEED TO SPEND TIME HELPING THE POOR.  Talk to them.  Give them a meal.  MAKE TIME FOR THEM BECAUSE YOU ARE MAKING TIME FOR JESUS


The two ways we most clearly encounter Christ (according to Christ) are also linked.  Encountering the poor draws me to prayer in the presence of the Blessed Sacrament and prayer in the presence of the Blessed Sacrament helps me become more open to encountering the poor.  In both scenarios, the Presence of Christ is not IMMEDIATELY obvious.  At Mass, the Host, when elevated by the priest, still looks like bread.  The poor, when encountered, are dirty, grumpy (sometimes), rude (sometimes), inconvenient, and there is never a glow around the poor nor are there halos.


When an emperor asked St. Lawrence to produce the treasure of the Church, he brought forth the poor of Rome.  May we see the world in the same way
Posted by Father John Hollowell at 9:29 PM No comments:

Posted by Father John Hollowell at 8:16 AM No comments: