The Last Jedi and Catholicism 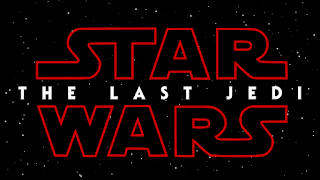 
Look - if you're watching any movie hoping that the Catholic metaphysical awareness of who God is and how God operates is PROPERLY portrayed, you'll be disappointed 99% of the time.

I also think you can enjoy a fantasy story and not worry the Catholic worldview right.


BUT.  At the same time, it should be noted that when I coached football we had a tradition of "Senior Scripture" on Thursday nights, and one week a senior stood up and read and then gave his speech on a long quote from Yoda


There is a scene where one of the "saints" of the Jedi "religion" returns to help one of the living "Jedi Saints" by destroying the last of the religious texts that had preserved the religions past.


There was then some mumbo jumbo about how the past isn't needed, the books aren't needed, they were boring anyway, and to be a Jedi is just something that happens inside us.


Essentially, it would be like St. Peter coming back and torching, with Mother Teresa, every library, saint book, (and I guess Church too) because "Jesus is actually just inside us"

Now again, its just a movie.  However, this does coincide with a real-world crisis in our Catholic Faith that goes back at least 50 years known as the "Death of God" movement


In the "Death of God" theology put forward by Catholic and non-Catholic intellectuals, the point is this - RELIGION CAN BE DISCARDED BECAUSE NOW THERE'S A NEW PATH OF UNITY AND RELIGION IS BAD - WE MUST MOVE BEYOND RELIGION TO GET TO GOD


It really is also at the heart of the "I'm spiritual but not religious" movement of today, the simple and straightforward slogan is one of the greatest ideologies pulling people away from Catholicism today.


But we, of course, as Catholics, believe that's all hogwash.  The Bible, St. Augustine, St. Thomas Aquinas, St. Mother Teresa, St. Francis, (and Evelyn Waugh, Flannery O'Connor, G.K. Chesterton, and J.R.R. Tolkien) and countless others OUGHT TO BE PRESERVED AND READ


There's a gross arrogance involved when you think that everything that has come before us has nothing to teach us.


That's the whole point of our Catholic Faith - and that's why we preserve what was handed onto us, because we can't all figure it out on our own, and we certainly get great assistance from those who came before us, and those who maybe, just maybe, have something to share with us that will help us grow closer to Christ and discover who we really are.

Destroy religion at your own risk
Posted by Father John Hollowell at 10:03 PM