Homily: Abortion, Contraception, and the Slaughter of Holy Innocents

Today the Church commemorates the slaughter of the Holy Innocents, those children 2 and under who were slaughtered by Herod in an attempt to stomp out the Christ child. 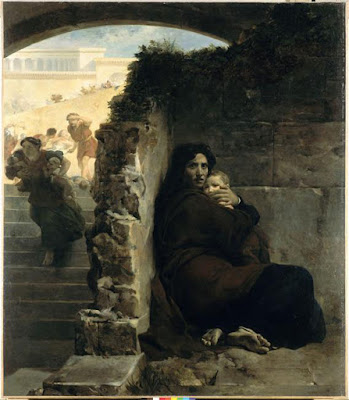 Evil is flipping what is true on its head, evil is, then, the anti-truth.  And could there be anything more opposite the Truth than to FEAR children?  To see children as a THREAT?


To see children as a threat is the surest sign that a person is under the influence and is listening to the Evil One. 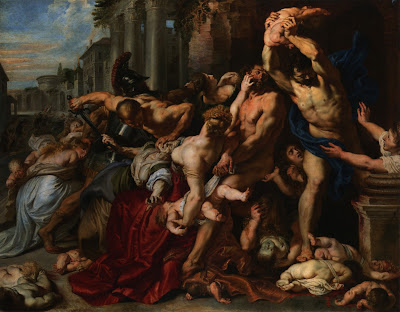 
When I was a teenager, I read over a letter my Dad had written to a brave and awesome Protestant missionary who was putting his life on the line preaching the Gospel in Turkey.

My Dad was sharing with his friend that one of the main things that convinced my Dad of the Truth of the Catholic Church was that it alone had not caved on the issue of contraception and abortion.


But here's the thing.  As Pope Paul VI said, the world doesn't listen to teachers, it listens to witnesses.  I see on Facebook a lot of people saying "I wish priests preached on contraception/abortion more!"

I understand the frustration, but at the same time, I think we need to realize that while priests could and sometimes SHOULD be stronger/clearer on the issue, the REAL opportunity for converting our society and helping them realize they are no better than Herod is to have the LAITY PREACH TO THEIR FRIENDS/FAMILIES/COWORKERS about this important issue, because a bunch of celibate, unmarried men talking about it doesn't sway the hearts of the larger society much anymore. 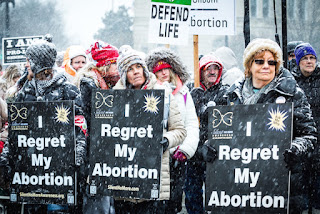 I've been to the March for Life many times, and THE most powerful element to the March, BY FAR, is the hundreds of women near the front who march carrying signs that say "I regret my abortion" - seeing those women is more powerful than ANY homily against abortion or contraception that has ever been delivered.  People only listen to witnesses.  Will you witness to those who are waiting to hear from you?


You may say here - "But I've used contraception before" or "But I've had an abortion in my past"...all the more are you now able to speak about your own experience - you can tell people "I used to use contraception, and I regret it" or "I had an abortion, and I regret it"...we need your voices too!!!!  Your past sins do not exclude your voice, they lend it even more authority today!


Innocents are being slaughtered on a massive scale daily in our Western Society.  Are we speaking up to the world, or are we sitting around blaming our priest for not saying more while we refuse to talk with our fellow parishioners/family members/coworkers?


Holy Innocents, pray for us, that we may have the courage to speak out against the slaughter that is continuing today, and may our culture stop viewing children as a threat.


May we begin to become a culture of life!