"The Blacklist" On Suicide

It isn't the best show of all time, but it certainly is well done.


Last night's episode had a VERY powerful soliloquy that speaks to the utter horror of suicide, and I wanted to share it


A character speaks about a time he was driving up to a restaurant in Tel Aviv:

"A 20-year-old Palestinian named Ghazi Safar entered the restaurant and detonated a vest wired with C4.  The shock wave knocked me flat, blew out my eardrums.  I couldn't hear.  The smoke... It was like being underwater. I went inside. A nightmare.  Blood.  Parts of people.  You could tell where Safar was standing when the vest blew.  It was like a perfect circle of death.  There was almost nothing left of the people closest to him. 17 dead, 46 injured.  Blown to pieces.  The closer they were to the bomber, the more horrific the effect. 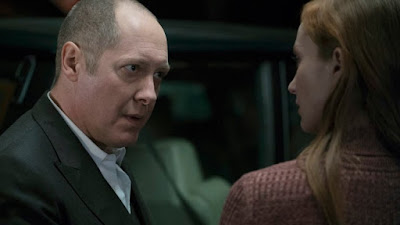