I've been mulling over a thought for a while and wanted to express it here:

I don't know the ins and outs of postpartum depression, but I've certainly talked with and worked with moms who battle the post-birth blues.  Often times, in the wake of giving birth to a new child, partly due to physical exhaustion, partly due to hormones, partly due to real fears, there can be a depression that sets in for a time.

Most of the fear surrounding postpartum depression comes from a belief that "There is NO way I can actually care for this child - it will be too much." 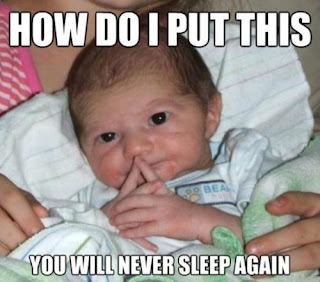 I'm not saying I know what it is like to have postpartum depression, but I do think that for priests as well, particularly young priests, this same thing may take hold for varying lengths of time.

It basically arises out of getting physically run down (or allowing this to happen) but also out of a realization that "there's no way I'll be able to handle all of this!"

I think it is one reason that we see alcoholism and other addictive behaviors among percentages of our priests - when any person feels like things are spinning out of control, addictive behaviors seem to provide an element of "control" in the sense of providing some sort of "routine" or "coping mechanism" for stress.

I say this for a couple of reasons:

1) pray for priests, moms, and dads, particularly new pastors, and new moms and dads, and see what you can do to help with the work load.  There are two types of people who volunteer at parishes and who offer to help new parents:

2) As for moms, dads, and priests in this situation, we need to:

a. get the proper amount of sleep

b. admit that things are, in a sense, ALWAYS out of control

c. be okay with the unpredictable nature of things

d. realize that putting up with the insanity of shepherding hundreds of families is PART OF the sacrifice we're called to

f. realize that we figure things out on the fly and we DO start to get better as we go forward.  We never figure everything out about being a priest (just as mom's never figure it all out) but we learn how to do it well as we move forward in time

g. stop comparing ourselves to other moms, dads, or priests.  We all know moms, dads, or priests that we think "have it all together".  STOP comparing yourselves to them.  You don't know them as well as you think, and they carry crosses, suffer, and sometimes fall into sin as well.  The Devil LOVES when we look at others and try to compare ourselves based on information WE DON'T HAVE!  We can be inspired by others, but it has to be healthy, and we have to realize we DON'T know what others are dealing with.

As Archbishop Tobin said: "If we see what we are doing as a mission given to us by Christ, we will never get overwhelmed".  That might be one of the best things I've ever heard.  We have to realize that Christ has invited us into motherhood, fatherhood, or the priesthood, and he knows we don't have it all figured out and Christ is okay with that!

A quick story from my teaching days before the seminary: As my first year of teaching went on, I think I was just constantly stressed and overwhelmed, so much so that I didn't even have time to recognize that I was stressed and overwhelmed!  I was teaching 6 classes and then coaching football, and then I got a week off from football and then started coaching track.  My hair fell out.  I lost a lot of weight.  I suffered terribly, and I constantly thought that I probably was a fraud.  I was always about 90 seconds ahead of the students and I crafted my lesson plans on napkins during lunch! 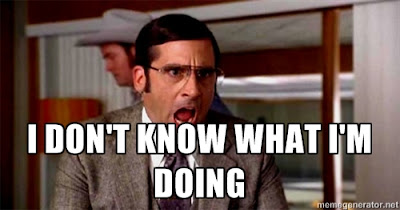 Well...my second year of teaching WAS SO RADICALLY MUCH EASIER THAT I CAN'T HARDLY DESCRIBE IT!  I remember being so happy on the first day of my second year that I cried!  I suddenly realized that I knew a little bit about what I was doing.  I remember telling a colleague, with tears of joy in my eyes, "I wish someone would have told me how much easier this second year is."

New moms, priests, dads, etc. - it gets better.  Keep going forward.  Be okay with the craziness.  Of course you don't know what you're doing in every area but press forward and you'll figure it out in time.

To parishioners and those that support new moms, new priests, new dads, etc., pray for them regularly.

Some times, although rarely, I hear people say, particularly about new priests, "IT'S OUR JOB TO BREAK IN NEW PRIESTS".  That's just absolutely dumb and wrong.  It is the job of the Body of Christ to affirm and support new parents and new priests....it is the job of bullies to show people "how we do things around here"

Here's to all you new moms and dads and priests - we're all with you.  Let's all hold each other in prayer and journey together through the craziness!
Posted by Father John Hollowell at 3:39 PM