The past few weeks have been crazy, and thus the drop off in blog posts.

I received a unibomber-esque anonymous note today in the mail asking why I hadn't addressed torture.  Answer - too busy.

However, it is an issue that has been weighing on my mind as I've been driving around and ministering and listening to talk radio and seeing fellow Catholics' posts on social media.

So, while my stance is not to respond to every anonymous letter I receive, I did want to take time out of clearing my desk of the four inches of paper to type up a quick post.

Torture is wrong.  Always.  This is an excerpt from the USCCB's statement on torture:

Despite torture being condemned by international human rights organizations, the United Nations
Declaration of Human Rights, and the Universal Church, a 2009 poll released by the Pew Forum on
Religion and Public Life reported that 51% of Catholics agreed that torture of suspected terrorists
could sometimes or often be justified; only 20% of Catholics believed that torture can never be
justified.

Church teaching is clear. Torture is abhorrent and can neither be condoned nor tolerated. The
Catechism of the Catholic Church notes that “torture which uses physical or moral violence to extract
confessions, punish the guilty, frighten opponents, or satisfy hatred is contrary to respect for the person
and for human dignity” (2297). Quoting the Compendium of the Social Doctrine of the Church, Pope
Benedict XVI has reiterated that “the prohibition against torture ‘cannot be contravened under any
circumstance.’” Torture is morally wrong and can never be justified because it debases human dignity
of both the victim and the perpetrator, estranging the torturer from God, and compromising the
physical or mental integrity of the tortured.

Torture is corrosive to the society in which it exists as it devalues human life and dignity. Any society
that tolerates torture places the human rights of all of its citizens at risk. It creates a climate hostile to the dignity of the human person.


You can read the entire statement here.  It is very good and helpful.


There is also the hierarchy of moral values, and the right to life is at the top of that list. 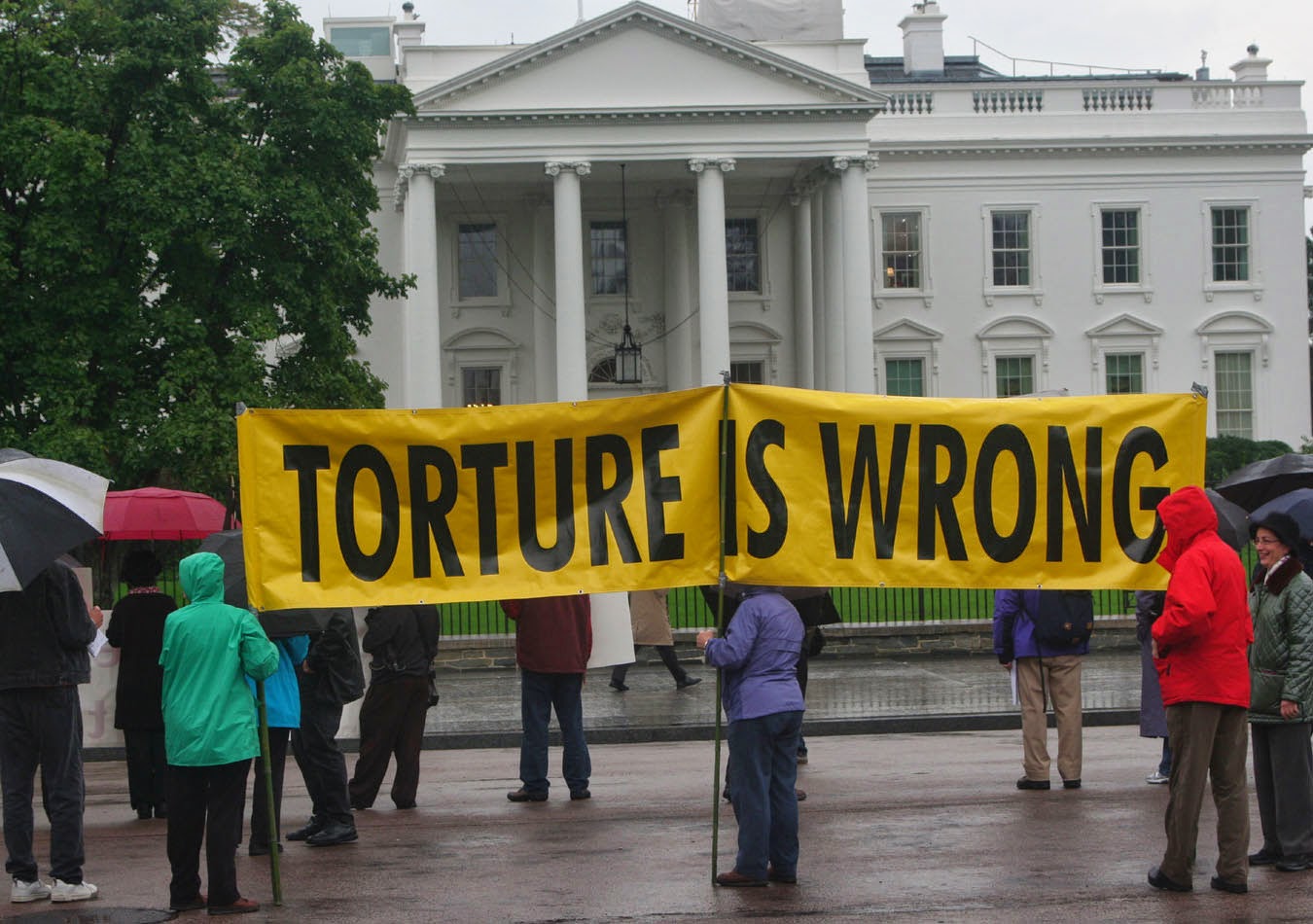 I agree wholeheartedly that we need to have a very clear discussion about what torture is as a country, and the Church needs to be a player in that discussion.


Politicians who push for allowing more than what the Church considers torture to be should probably refrain from Communion.

Catholics who want to see our country do more to prisoners than what the Church considers to be the line of acceptable treatment of prisoners should also probably refrain from Communion.

Torture is a question we HAVE to get right as a society, or it will be another step down the moral black hole that we seem to have already begun plunging ourselves into.  Keep our country in prayer, and pray for fellow Catholics to recognize that torture doesn't just harm the prisoner, it assaults our own moral fiber as a nation as well.


Posted by Father John Hollowell at 11:40 AM